A downloadable game for Windows

"KTD"(Kick the Drumph), is a silly political expression video game created by Knut Hybinette and Megan Ehrhart. The game makes a mockery of “Drumpf” and other political ideas - some blatant, and some more discrete. The Game has been published on various game publication platforms. Knut LSG Hybinette is the main Programmer, Input/Keybinding Designer, and 3D modeler. Megan Ehrhart is the World Layout Artist, 3D modeler, and Blend Animator. The game took one year of production to create and publish.

The player is an American and his colours are from another social media.

You have 280 seconds to collect points.

You kick the “Drumpf” by using the left and right mouse button.

Use WASD key to move the American.

If you kick the Drumpf thru the Field goal - something will happen.

One of or more barrels have hidden awards. Be cautious. Sometimes nothing happens in current game.

Press “R” to restart the game.

Press “K” to quit the game.

We will donate any donations too: http://childsplaycharity.org

Thanks for playing the Kick the Drumpf and happy gaming. 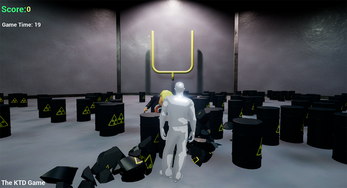 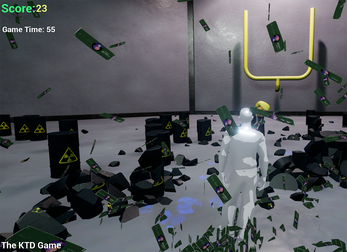 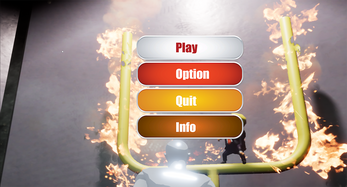